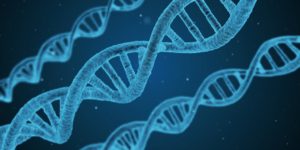 Even if you diligently brush and floss your teeth every day, you may still find yourself with a cavity! Don’t be too hard on yourself. There’s mounting evidence that you may have generations before you to thank for genes that made you predisposed to that cavity.

The idea that genes are related to oral health is still new, and more research is needed before any conclusions are officially drawn. A commonly cited finding says that that genetics may increase your chances of having cavities by up to 64%! A handful of studies have linked cavities and genes. Here’s a quick summary, with links if you’re interested in diving into the research:

Of course, your oral hygiene at home, your dietary choices, and your commitment to professional oral health care all affect the chances of cavities so please don’t give up! It’s extra important to take care of your teeth if you think you do have a genetic predisposition for cavities. We wanted to let you know that even if you take perfect care of your teeth, there are forces out there beyond your control. That’s why we’re here for you, pain-free and judgment-free, if you do have a cavity.