EU moves toward a ban on amalgam fillings 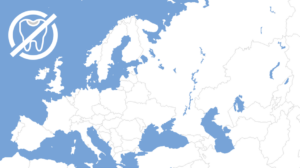 Central Park West Dentistry’s providers are happy to exclusively offer fillings made with a composite resin-based material instead of using amalgam fillings, commonly described as “silver” fillings. Over the next few years, dentists throughout Europe will join us by also shifting away from amalgam fillings. On March 14th, the European Parlement voted to phase out amalgam fillings by 2030 as part of a plan to reduce the amount of mercury pollution in the environment (the amalgam material is comprised of about 50% mercury, along with a mix of silver, copper, tin and zinc). Why? As we know, fish are particularly susceptible to a build-up of environmental mercury. When humans and animals higher on the food chain consume fish with elevated mercury levels, they are exposed to a level that can be damaging.

Starting as soon as 2018, dentists in Europe will not be able to use amalgam in the treatment of baby teeth, children under 15 years and pregnant or breastfeeding women. From 2019 a plan will need to be created to explain how they plan to phase down the use of dental amalgam in the entire population.

While the dentists at CPWD agree that composite based resin fillings are better for your overall health as well as the environmental health, if you do have mercury fillings, there’s no need to panic! Unless they are broken or pulling away from your teeth, there’s no immediate need to replace amalgam fillings with resin composite fillings, as the American Dental Association currently states that they are safe. If you’re interested in replacing any of your existing amalgam fillings or have further questions about the potential effects of amalgam fillings, any one of our providers would be happy to discuss this with you at a time that is right for you.
cpwestdentistry
Share this Article